My second full week in Japan was spent in Japan’s northern-most island of Hokkaido. Otaru was our home base and it was the pretty darling place to stay. The purpose of a trip to Hokkaido was for, Arashi, of course. They held a concert in the middle of our week in Sapporo and we were some of the lucky attendees. Aside from the concert, we explored what we could of the island even though it was the off-season for the majority of the island’s main attractions.

Otaru is about an hour outside of Sapporo, one of Hokkaido’s main cities. We mainly chose this place as our home base because places to stay in Sapporo were very slim pickings, especially in terms of our budget. Pro tip: if you’re headed to Sapporo, be sure to check any events in the area, especially Sapporo Dome.

Otaru is quite a sleepy town and it’s mainly done as a day trip for people staying in Sapporo, but I found it a lovely home base for our week. There is shopping galore and amazing food. The train ride from Otaru Station to Sapporo Station is about 45 minutes to an hour and you have a beautiful view of the Ishikari Bay on the train ride.

Some of you may want to skip this part because I’m going to get a little bit sappy and emotional over Japan’s biggest man group, Arashi. This was their tour making it a must-attend for any fan. My friend was lucky enough to win the ballot for tickets (yes in order to attend the concert, one must ballot and win through a lottery) and a month after finding out, we were well on our way to Japan. Arashi brings me to my happy place. It’s hard for people who don’t know them to understand the feelings and I could go on and on about how amazing and life-changing these 5 people are. I’m really lucky to have seen them live for 3 years in a row now and this one was extra special with it being an anniversary tour. I don’t think I could ever find the words to translate into how this was such an emotional night, so I will leave it at this because one day I’ll find the courage to publish a whole article about them. But for now, I am going to keep it to myself.

I’m not much of a foodie at all, but I knew I had to eat all the seafood while I was in this seaside town. My friend and I ate at this tiny restaurant, big enough for about 10 people. It was the most fresh seafood rice bowl I had ever eaten in my life. Funny enough, there were 2 other pairs eating there and before we knew it, we realized we had all gone to the same concert the night before. It was a surreal moment finding that out. It was when one of the Arashi members appeared on the television playing and instantly, all 8 of us, including the 2 employees, looked up at the screen and said his name.

Our Hokkaido adventures continued on to a long trek over to the city of Furano. It was the site of yet another drama I had watched. We took, 2 trains and a bus to get to the location only to find out that everything in that area was closed for the season and they would reopen in 2 days. Unbelievable right? Nowhere at the bus stop, where we waited for about 30 minutes, nor the train station, nor the website said anything about it being closed. I was furious because I was excited to drink coffee and have curry at a local cafe called, 森の時計 (Mori no Tokei = Forest Clock) where you can grind your own coffee beans and enjoy the view of the forest. And with a long trek there, it would have been amazing.

One plus out of it was that I was able to see snow falling for the first time ever in my life. It was their first snow of the season and I felt lucky.

The rest of the days here went by in a flash since they were pretty much set for heading back home. We woke up to everything covered in snow with more coming down and left Otaru early in the morning. Taking the train down to Hakodate before we headed back into Tokyo by bullet train.

Japan has always treated me well, except for one time we encountered a really mean taxi driver, but I’m so lucky to have been able to head on over there these past 3 years. People have always told me I need a break from Japan since I “have seen it already”, but can one ever get enough of a beautiful place? While I know Japan isn’t all that cracked up to be with their societal and cultural issues, but as a it is a beautiful place in culture and scenery. I’ve experienced so much and am happy to share it with you all!

Thank you for coming along in this little travel diary of mine. Looking forward to my next adventure. Stay tuned! 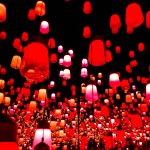 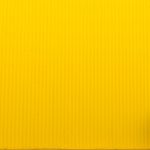 Why I’m Tired of Fashion 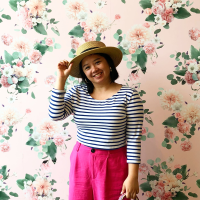 nine-threezero is a personal style blog by Alyssa (uhh-lee-saa). Based out of Orange County, CA giving you her spin on all things about the fashion industry, style, life, travel, and whatever else floats her boat.